Our time here is coming to an end. As usual, it’s flown by. Not as many excursions, but some relaxing time by the pool and meeting new friends. Couple of trips to little markets and getting more of a taste of what it’s like to live here.
If or should I say, when we return, we really need to brush up on conversational Spanish so we can at least converse with the local merchants.
The last two trips, we really relied on our guide Osman, but he was in the U.S. with his wife having their second child.
As mentioned Spencer filled in as he was able. But it reinforced to us that we need to become more self reliant.

Two days ago, was a chill day and at the end we took a walk around the property. We hadn’t really taken the time to check out what’s been built here recently. 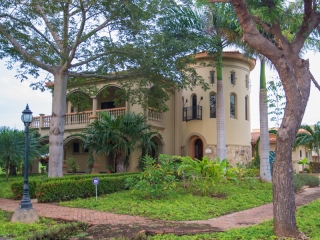 There’s a mix of larger and smaller homes. You really don’t need much space to live here. But according to Arlene, a pool is a must.

Yesterday, we joined our new friends and headed out to Leon for the day. It’s about an hour or so of hair raising driving to get there. Our local driver didn’t seem to phased by the pulling out to pass with oncoming traffic, mostly because they’re all used to it here and make allowances. Us not so much. We always made it around any vehicle we passed with room to spare.

On the way we stopped at a suspension bridge built for the locals so that they had a place to cross a creek the swells during rainy season. Yes this is the same bridge I refused to cross last time. Mostly because me and heights don’t get along that well. Strange coming from someone 6’4″ I know but that’s my story and I’m sticking to it.

The bridge needs it’s boards replaced every so often and it looked like it could use a bit of maintenance at this point. The locals walk, bike, take motorcyle even take cattle across this bridge. So it’s certainly safe. Just not my thing… 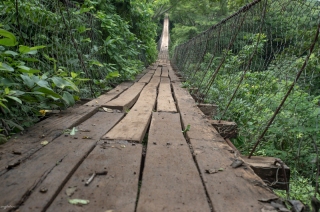 Once in Leon, we headed to the city center which has the usual setup of church, municipal and what was once a palace I believe. The church we visited was built in the 1500’s making it one of the oldest in Central America. Due to volcanic ash, it’s usually in a constant state of cleaning. Some beautiful handy work inside though.

There’s a market close by with two distinct sections. One for fresh food and by the pictures  you’ll know what I mean. The other is filled with dry goods such as clothing, shoes, bags and more shoes. 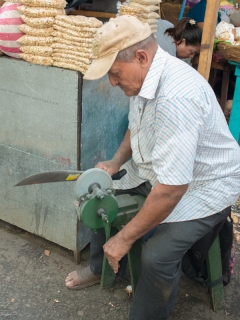 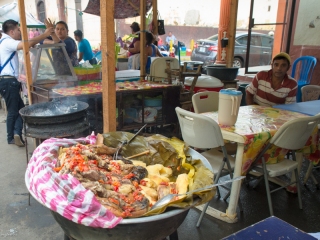 Had a nice lunch at a restaurant in the courtyard. Great place to eat local. Staff make it easy with their knowledge of English. 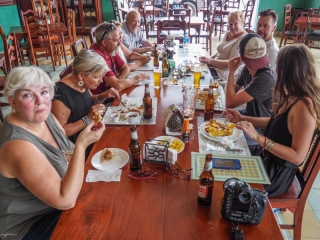 We also had a chance to hit the streets a bit and just take in a small sampling of the hustle and bustle of daily life in Leon. 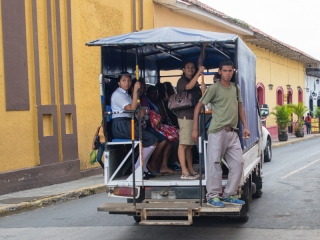 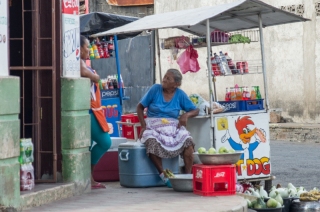 Last stop was a little place called the Lazy Turtle in Las Peńitas. The place Patrick’s nephew Ryan owns. It’s in a little surfing community about 15-20 minutes outside of Leon. Consists of a bar/cafe and 4 rooms for rent to anyone coming by to take in the waves.
The bay in front fills up during high tide and is dry during low tide. 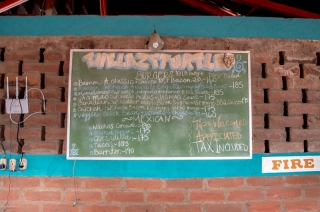 The heat and humidity had our group played out by now. The trip back was pretty quiet. Some rain during the day made the last few kms to the resort a little slick. It’s really quite something to see the transformation of that part of the road with some moisture. Everyone looks forward to the time when this road will be finished. Probably within the next year or so. By Hwy 75 standards in Manitoba, that’s pretty fast 😉

Well, that about does it for another trip. Up early in the morning to make the long trip home and already making plans to come back.

Full gallery from the whole trip can be found here:

Thanks for the kind comments. We hope you enjoyed following along…